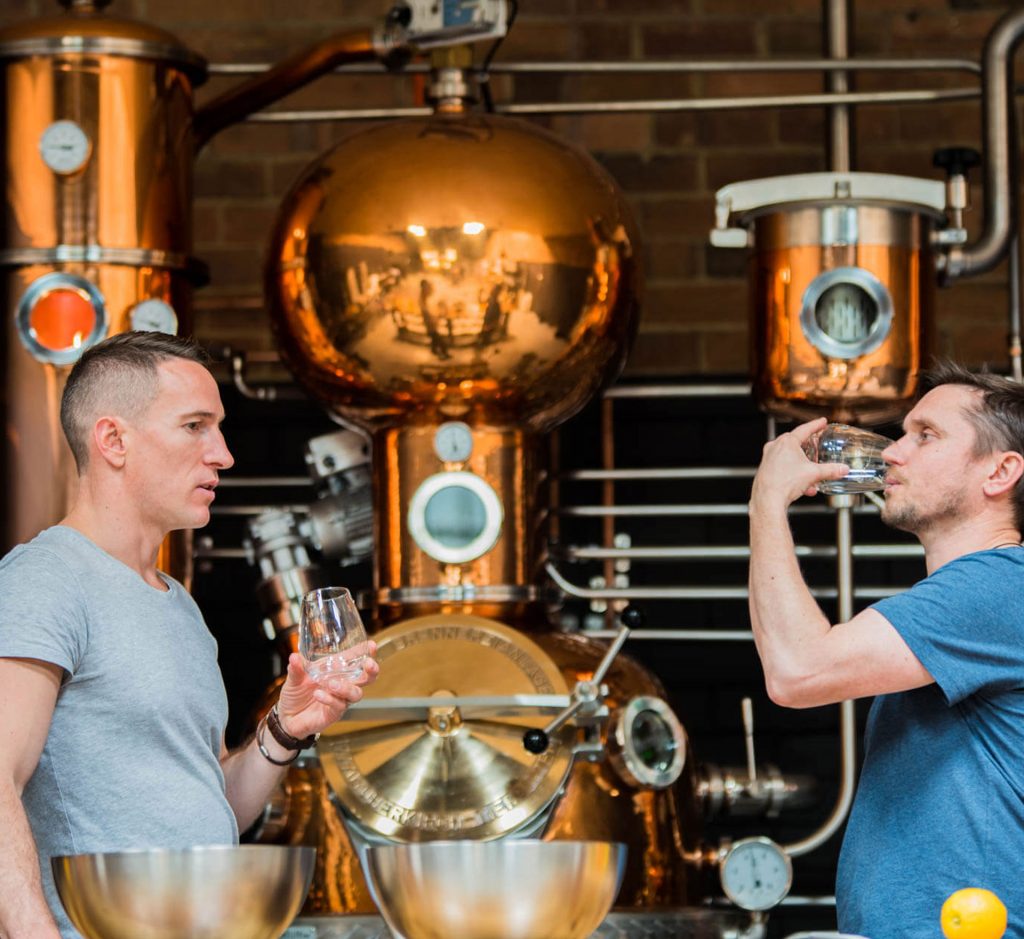 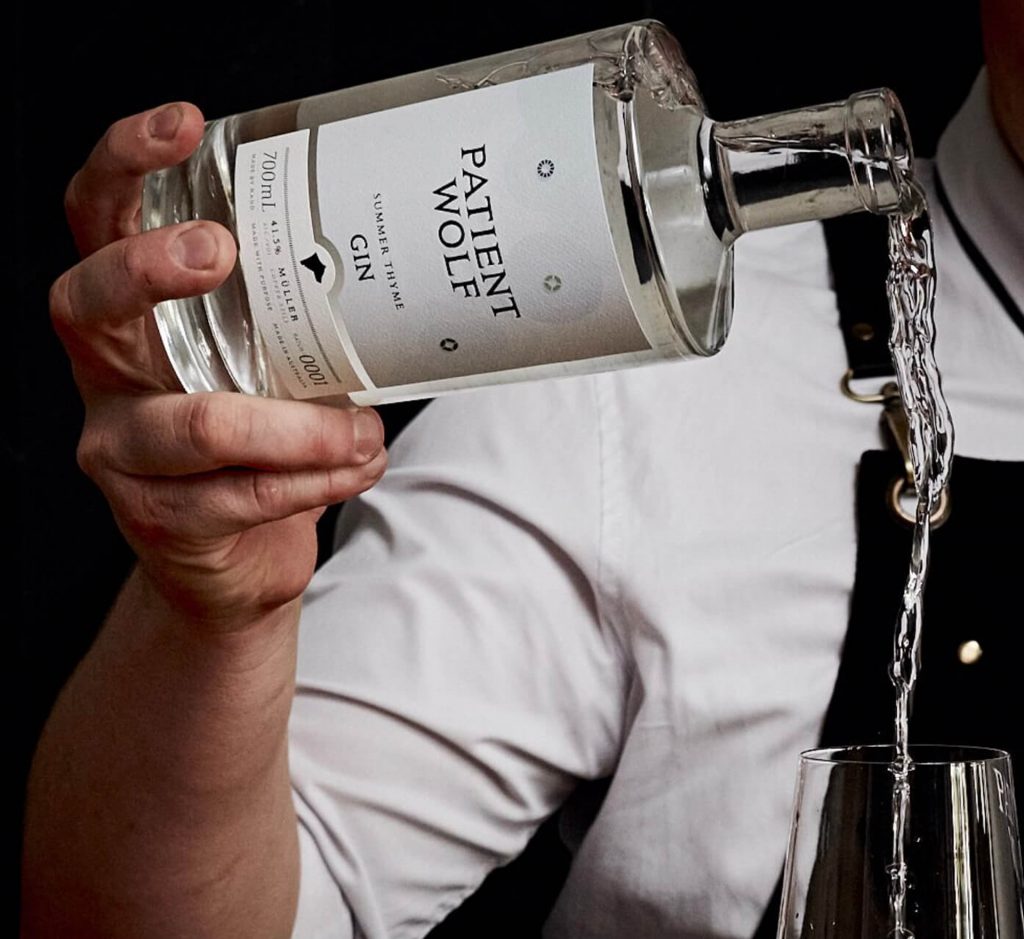 Let’s go back to the beginning for Patient Wolf Gin when you were testing out recipes. You consulted with a host of bartenders to develop the flavour profile. What was that like?

We did, we had help from some of the world’s best bartenders who provided feedback on our early samples. We also sought feedback and insights from Gin experts and master distillers from all over the world. It’s been a collaborative effort!

As the old adage goes, good things take time, but they’re worth waiting for. For example, it took us nearly two years to launch our Melbourne Dry Gin, and another two to launch Summer Thyme Gin. There are no short cuts in making a world class gin.

Did it give you an edge?

The insights we received and feedback on our gin from experts in their field was invaluable. At a high level, the common themes coming through were not losing the essence of what a Gin is and finding the balance in London Dry and New World.

We used these to develop and refine our unique style of gin and we continue to go through the same process each time we develop a product. Our style is big, bold and complex, yet incredibly smoothed and balanced.

The vision for your gin was to achieve a happy medium between a classic London Dry and a New World style – how did you navigate the perilous task of dosing the juniper?

Juniper is the key botanical for a reason. We didn’t want to lose the essence of Gin, but we also wanted to create something unique. That was the first layer we looked at. So juniper was always going to feature heavily.

For the next layer down, we also wanted to create a Gin that would stand tall and not get lost in a cocktail, but it had to be as rounded and smooth as possible. So, that was the challenged we set ourselves. We spent years refining our recipe to create what we have today. A process that seemed endless at the time but was obvious when it arrived.

Tonka is one of our favourite botanicals and features quite prominently in your gin. It’s so textured and rich. Was it love at first try?

Absolutely. It’s the golden goose of botanicals! With flavours of vanilla, almond, spicy cinnamon and cloves, and likely the dust of unicorn horns. We came across it in The Drunken Botanist by Amy Stewart.

It’s one of the botanicals that allows us to create such bold and complex gins, whilst also being able to achieve the level of balance and smoothness.

You mentioned the Summer Thyme, but you also make a Sloe Gin which is unusual for an Australian based distillery, what’s the response been like?

We launched our take on a Sloe Gin in 2017 which we called Blackthorn. It’s the Blackthorn bush which the berries grow on. It’s the only sloe gin using sloe berries on the mainland, as they mainly grow in Tasmania.

Most Sloe Gins are very sweet and we feel are more like a liqueur than a gin. We’ve changed that. Fresh sloe berries were handpicked and sent to our distillery and steeped in our Melbourne Dry Gin for five months, before being slightly sweetened and released at 33.2% ABV.

Low sugar, big flavour, high ABV. This is how we think Sloe Gin should taste. The response was crazy and we basically sold out overnight. So we’ve increased production 10fold this year and launched it in October.

And what about the here and now from a distillery perspective – you have a new home that’s being finessed each day, how’s the move going?

To be honest, it’s a game changer. We’re bucking the trend in Australia for regionalbased distilleries, and are proudly moving our distillery from our current digs in inner-08 city Brunswick, even closer to the heart of the city of Melbourne in Southbank.

The design of the new site takes cues from our approach to respecting tradition and challenging the future, the distillery space balances the building’s original industrial roots with a refined style.

Wow! A total game changer. It sounds like you aren’t just moving, but evolving too. What’s the front of house offering going to look like when fully finished?

We’re building a world class production facility as well as a bar and cellar door experience. The new venue offers guests the opportunity to taste the range of Patient Wolf gins, peek behind the scenes at the fully functioning distillery and join intimate Gin masterclasses to learn more about the distilling process.

The bar offers a seasonal drinks menu featuring G&T’s, classic cocktails such as a Negroni or a Martini, alongside more experimental Gin combinations, each with a distinctly Melbourne style. Patient Wolf gins will also be available for retail, including limited-edition and distillery-only releases.

And to complete the triple header… Bigger still as well. 1000-litre beast can’t surely just be for gin… Are you looking at other spirits?

We have a new 1,000L Muller still coming from Germany, to sit alongside the existing 220L still. They make the best stills in the world so it’s great to start building a family of them! It will be another 8 months away from landing at our new distillery.

With the new still, we’ll become Victoria’s biggest independent gin distillery and one of Australia’s largest urban distilleries. No mean feat! The new still allows us to scale and build efficiencies and future proof our growth. And it’s just for gin! By focusing on one category it allows us to pour all of our energy into it and do it really, really well.

What are you most looking forward to at the new venue?

The most important thing is opening up the distillery for visitors to come and learn and try our gins, straight from the source. We’ve built an enviable following of supporters both in Australia and overseas. Having a home so accessible, where we can showcase and host guests will be awesome.

No matter if people live in the north, east, south or west of Melbourne, we’re easy to get to and so central. Or if people are flying in from interstate or overseas, we’re smack bang in the middle of Australia’s best city.